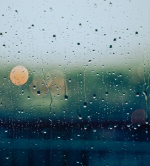 Over the last year I’ve interviewed dozens of charity CEOs as research for a book that’s coming out next April. One of those interviewees told me how, a few years ago, in a meeting with about a dozen other charity leaders, he asked why they delivered the types of services that they delivered.

“Not one of them had a good answer,” he explained. “They were all just doing it because that’s what they’d always done. It was the same for my organisation. Why do we do that? Why is that normal for our sector?”

It’s normal, because most charities’ strategy development is, in reality, dominated by current challenges: funding gaps, political concerns, competitive pressures and so forth. The bigger questions don’t get a look-in. And so, invariably, what they end up with is not so much a strategy, as a three-year plan to do pretty much what they’ve always done, but a bit better, a bit more sustainably, a bit more of it.

Point a camera through a wet window, and it will automatically focus in on the drops on the pane itself, missing the bigger picture of the world outside. Point an executive team at a process to develop a three-year strategy, and the same thing happens: they will automatically focus on the foreground challenges, the imminent issues and the year-one numbers, the raindrops on the window pane, rather than on realising the more distant vision beyond.

Professional photographers have a solution for this: they use a long-lens that can only focus on the mid- to long-distance. They can shoot through rainy glass, through chain-link fences, leaves and grass, to capture the distant image that they want to see.

Professional strategists do the same, compartmentalising the strategy process, disconnecting it deliberately from business planning and budgeting, and using specific techniques to focus a team purely on the long-term, on the vision and what’s required to achieve it, before slowly pulling back to the more immediate future and what needs to be developed, designed and built over the coming years.

The tactical problems and urgent issues facing any organisation will always force themselves to the top of the day-to-day agenda. Which is why it’s so essential to balance them with a long-term strategy, distinct from those issues; one that genuinely grapples with achieving the ambitious visions for society that headline most charities’ homepages.

So, the next time you’re looking at reviewing or renewing your strategy, take some advice from this professional strategist. Don’t start with a recent performance review, or a SWOT or competitor analysis, and don’t link the process with planning or budgeting, because all of those will only serve to obscure your view.

Instead, grab your long lens. Start with the vision, think about how it could be achieved: the structural and societal changes that would be required; the barriers that would need to be overcome. Ask what would need to happen over the next, say five, ten, fifteen years, both within and outside of your organisation, for that vision to be realised.

That’s the place to focus your thoughts, if you’re going to end up with a strategy that’s more than just three more years of “the same plus a bit”.

All content ©2019 Binley Drake Consulting all rights reserved.
You are free to use any material from this site, as long as you notify us where the material will appear and include complete attribution, including a live link.