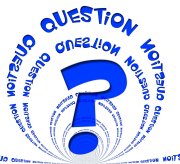 I once asked a group of CEOs if they had ever fired someone too quickly. Not a single person said “yes”. Instead, to murmurs of accord, many of them related instances where they wished they’d moved faster.

I’ve never met anyone who actually enjoys sacking people. It’s an ugly process, but on top of that, most of us want to see the best in people, to give them one more chance. Add to that the fear of losing capability at a critical time (and it’s always a critical time) and it’s not surprising we don’t rush it.

But one thing’s for sure, if someone does need to go, the longer you take to act, the longer it will drain your energy, drag on your performance, and poison the atmosphere in your team.

So what do you do when one of your key players is struggling to perform? How do you decide, as quickly as possible, whether they can turn things around, or you need to make a change? Here are the four questions that will help you quickly make that call:

Exactly what would you like them to be doing that they’re not? Be really specific. Write it down. Now ask yourself: do they know this? If not, the first step is to talk to them to give them clarity. Approach it by genuinely trying to help them – be open that you want them to succeed. Nine times out of ten, this will give them the boost they need. But if they clearly know what’s required, the next question is:

Do they actually want to do it? You can train skill but you can’t train passion – you need to recruit it. Throwing incentives at them for motivation isn’t the answer. There are only two choices. If the “area of disinterest” isn’t core to their job, you could carve it out and give it to someone else, or they could delegate or subcontract it themselves. If it’s core, you need to make a change. But if the desire to do it is there, it may be a question of:

Could they do it if their life depended on it? If the answer is yes, it’s not a skills issue. If it’s a no, you need to look for the three qualities that will help you decide if it’s worth investing in them to develop the skills: Passion (are they keen to develop); Precedent (have they shown you they can learn); Potential (do you genuinely believe they could learn this stuff). However, if they clearly know what to do, they genuinely want to do it, and they already have the skills, the issue is:

Why aren’t they giving it the focus it needs? It’s either because too many other things are genuinely higher priorities, or they don’t understand the priority this areas deserves. In a battle between urgent and important, urgent always wins. The good news is that this is the easiest one to fix.

Most of the time, underperformance is due to poor communication, either of responsibilities or of priorities. When it’s genuinely an issue of capability or attitude, having open, direct conversations can be a relief to both parties. The single most important thing though, is to make that call and to resolve to act, quickly.

One response to “Managing performance”

All content ©2020 Binley Drake Consulting all rights reserved.
You are free to use any material from this site, as long as you notify us where the material will appear and include complete attribution, including a live link.